We deliver service  excellence on a pallet!

Palletways was founded in 1994 starting with our UK business based in Lichfield, Staffordshire.  After 10 years of successful trading, the business then opened facilities in Europe starting with Nijmegen in The Netherlands, quickly followed by Spain, Italy and Germany.  Today the business has pan European services running within 24 countries, via over 350 members between a strategically placed network of 23 hubs.

In 2016 Palletways became the express palletized freight arm of Imperial Logistics and the business has continued to grow from strength to strength.  Imperial Logistics has allowed the Palletways business to strengthen its position in Europe, helping to achieve the goal of “The European Pallet Network” of natural choice for the distribution of express palletised freight.

Delivered by something different

Our core values are at the heart of everything we do - our people, processes and next generation IT means we deliver for you!

We will provide value to our customers

We will strive to have satisfied, profitable members

We will endeavour to get it right first time

We will be enthusiastic and passionate in achieving our goals

Our core values are at the heart of everything we do - our people, processes and next generation IT means we deliver for you!

We will encourage innovation

We will work with integrity

We will encourage employee development in conjunction with the company’s growth.

Palletways prides itself on selecting only the best businesses to be part of our network; businesses that adhere to our core values and provide an outstanding service to our customers.

This has enabled Palletways to provide services through our member and partner networks within the following countries: 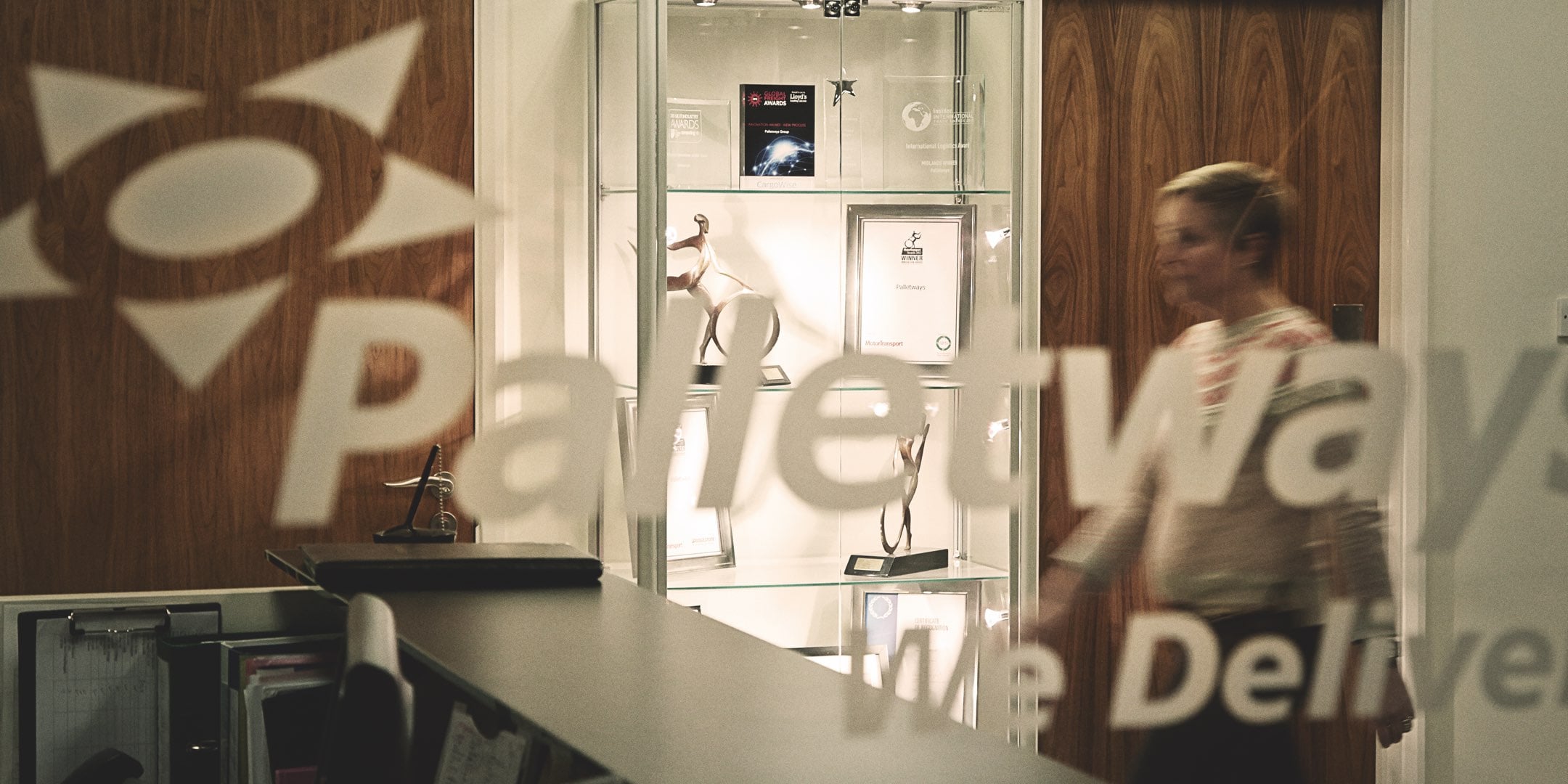 Palletways is pleased to be ISO 9001 registered within all our businesses and we are working hard to achieve ISO 14001 and ISO 18001. We value the importance of our impact on the environment and we are committed to providing a quality service.  If you would like a copy of an ISO certificate for any part of our business, please contact your regional office and we will be happy to send this to you.

We are also proud to be certified for Investors in People which shows our commitment to the development of the people that are integral to our business.

Work as part of a world-class team

Are you looking to join a company which believes that through positive collaboration and using the latest innovative technology, we deliver a positive difference to our customers’ businesses? If yes, then read on!

I want to send pallet(s):